You are here: Home / Travel / Daytripping in San Diego with Kia

San Diego is a great city to visit. You can make a whole vacation of it, or you can make a weekend of it. There’s the world class zoo and animal park, Legoland, the San Diego Padres or Chargers for the sports fans, and great shopping and historical areas. Let’s not forget the beach, Balboa Park, or Coronado, either. 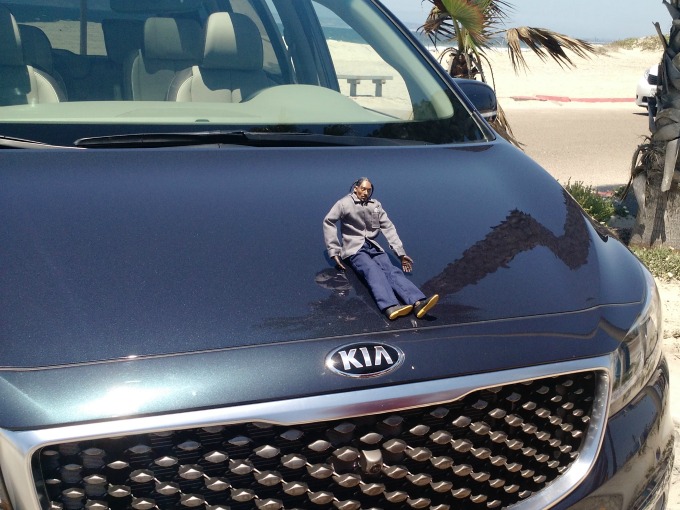 Being a SoCal native, I’ve been to San Diego close to a hundred times. Recently, the great folks at Kia invited me on a trip to San Diego to test out their new 2017 models, and I was lucky enough to experience parts of the city I never knew about.  The folks at Kia basically handed us a set of keys and told us to go explore. This is the whirlwind that occurred.

A Whirlwind Trip to San Diego

We arrived and stayed at the Hard Rock Hotel San Diego.  This hotel was bananas. If you’ve ever been to the Hard Rock Café, you know that they love memorabilia. Well, kick that up about 8 or 10 notches and you have the hotel. There were amazing views of the city, and the water, all in the heart of the Historic Gaslamp District. 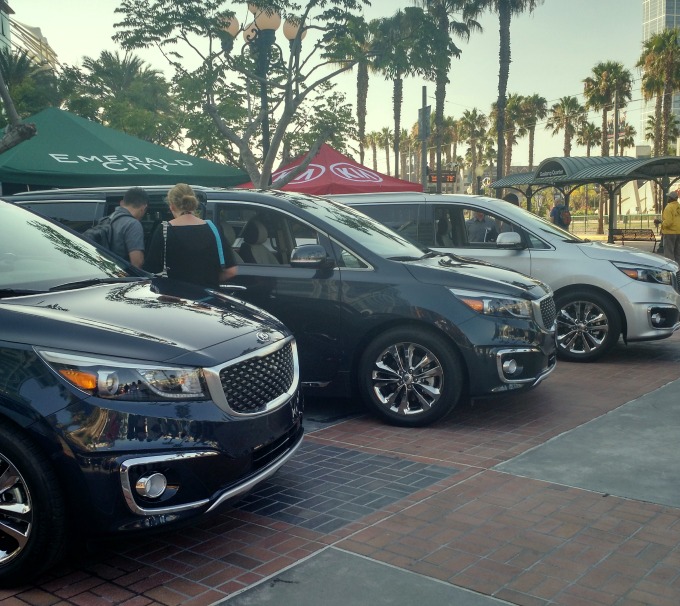 Free Reign in the Kia Automobiles

The next day, a group of us piled into a 2017 Kia Sedona to tour San Diego, which we dubbed the Swagger Wagon. This is Kia’s minivan offering, but there’s nothing minivan about it. From the amazingly soft Napa leather to the captain’s chairs that recline and have foot rests, this vehicle was made for comfort. The Kia Sedona has an amazing Harman Kardon sound system that kept the party going, no matter what genre of music we were playing. There was plenty of room for 5 adults, and the third row seating was just as comfy as the front. You know how normally the third row gets squished, and is sort of an afterthought?  It’s not that way with the 2017 Kia Sedona. 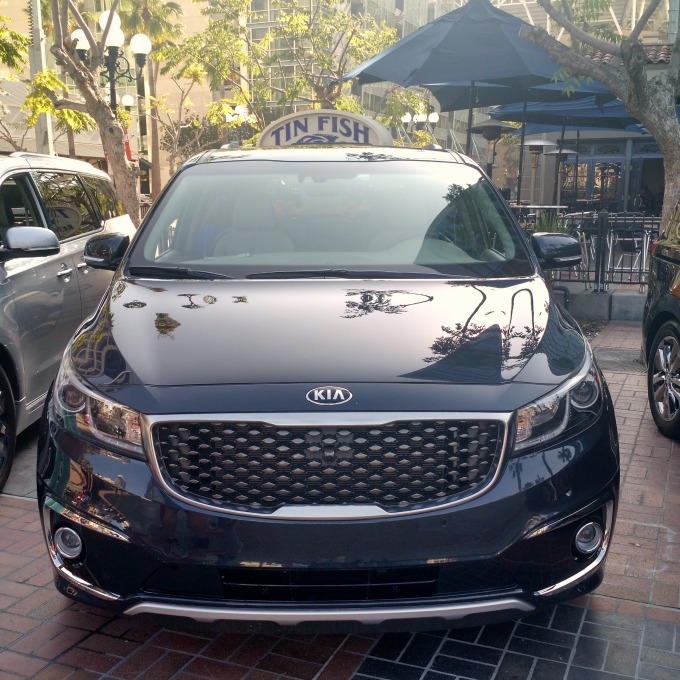 The biggest problem we had was getting the automatic sliding side doors open, as we were trying to force them.  Y’know, like you do on mom-mobiles. Once we learned the trick that you basically just pull the handle out and the Sedona does the rest, we were in business. It’s easy to see why Kia is number one in initial quality according to JD Power and Associates. 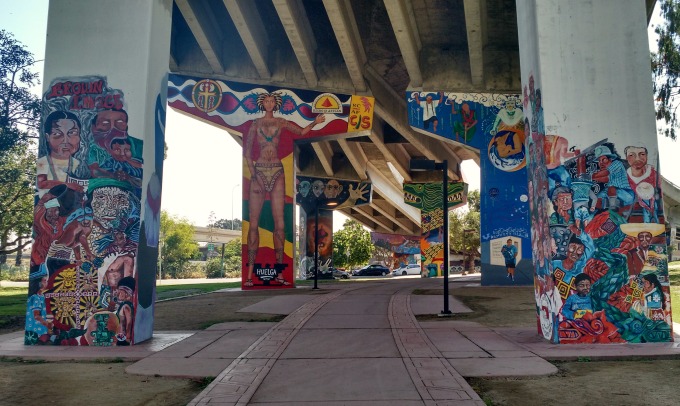 Our first stop was Chicano Park. Chicano Park is located under the San Diego-Coronado bridge. It’s on the National Historic Register, and has the largest collection of outdoor murals in the country. The murals made the area really vibrant and you could sense the pride in the area. Most of the murals are on the freeway supports for the bridge, which is really amazing.  They’re truly larger than life, and Chicano Park was an area I was totally unaware of. 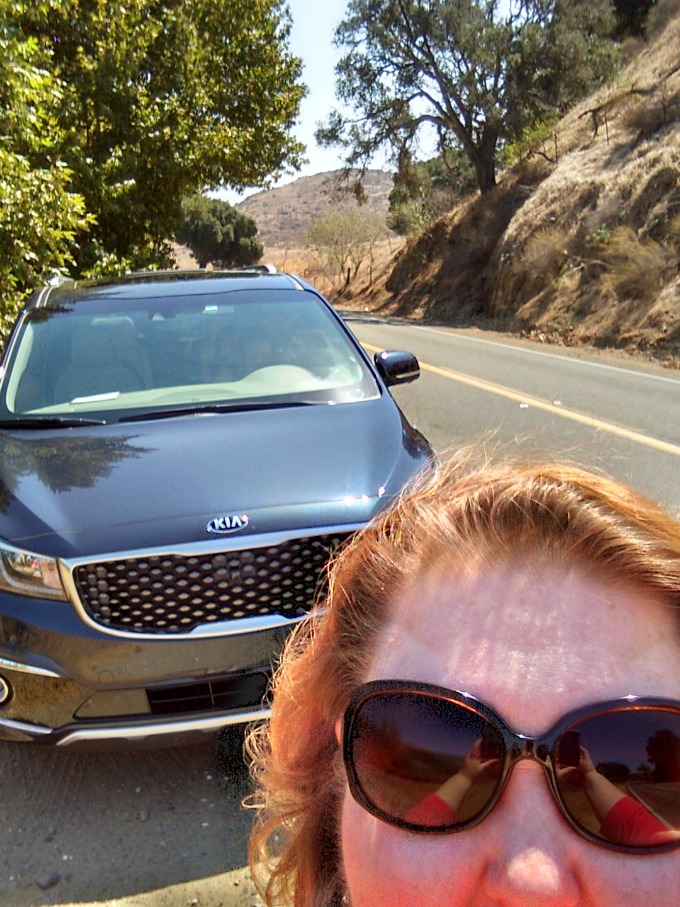 When you mention San Diego, most people think of the beach.  What they don’t realize is that there’s lots of hills and even scrub desert in the area. Our journey took us off the beaten path and through the back roads of San Diego county and even down to the border. 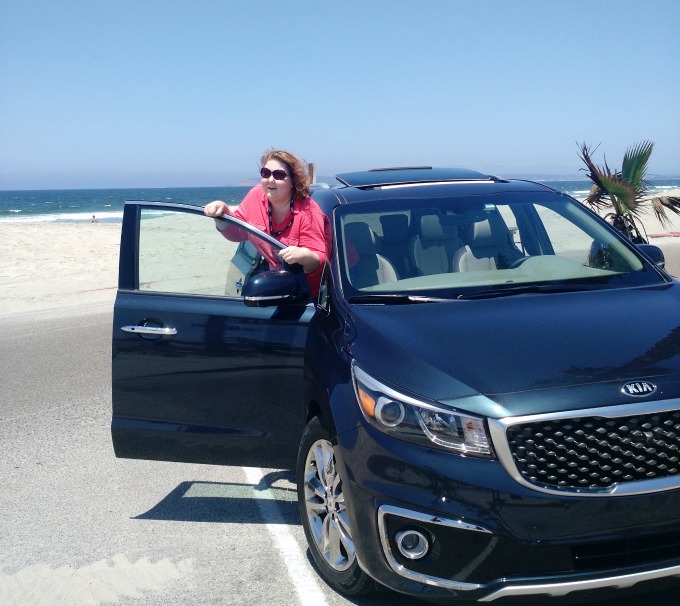 From these back roads, we ended up at the beach. We didn’t have enough time to actually make it a beach trip, but there’s just something about the sea. Why does it seem that even half an hour at the beach will re-invigorate and energize you? Great beaches and the salty sea air are a couple of the things that I definitely miss in the Midwest. 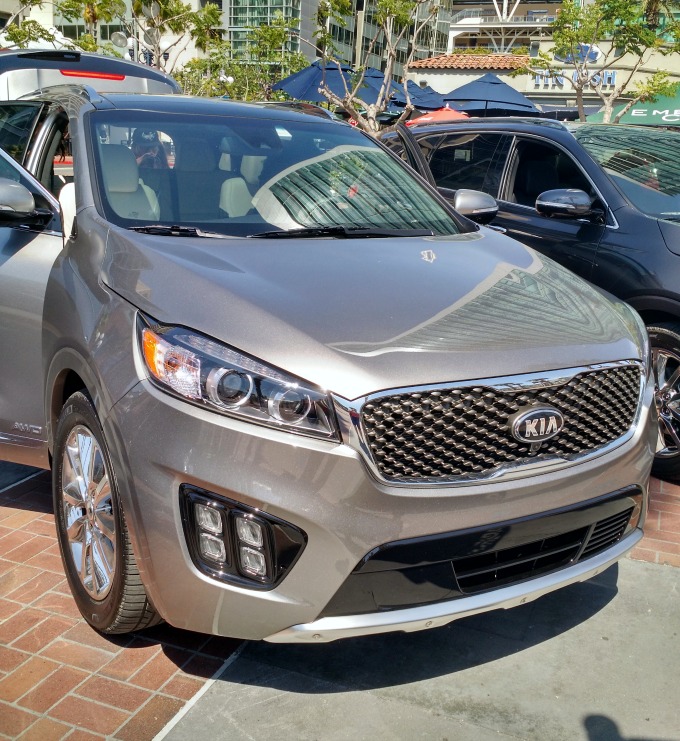 Around midday, we switched cars. At this point, we all piled into the Kia Sorrento. This is the 7 passenger SUV that Kia offers, and it was as great as the Sedona. There was plenty of room for the 5 of us, and it wasn’t too difficult to get into the 3rd row seat. Again, there was the amazing Harman Kardon sound system that we put to the test, and supple leather seats.  We took this out to Balboa Park, which is an arts mecca of San Diego.  This is also the home of the San Diego Zoo, the UN Building, and lots of really great stuff. It’s also sort of a madhouse, so be prepared. This is a photo of one of the buildings that I snapped through the Sorrento’s panoramic moonroof, as we were driving by. 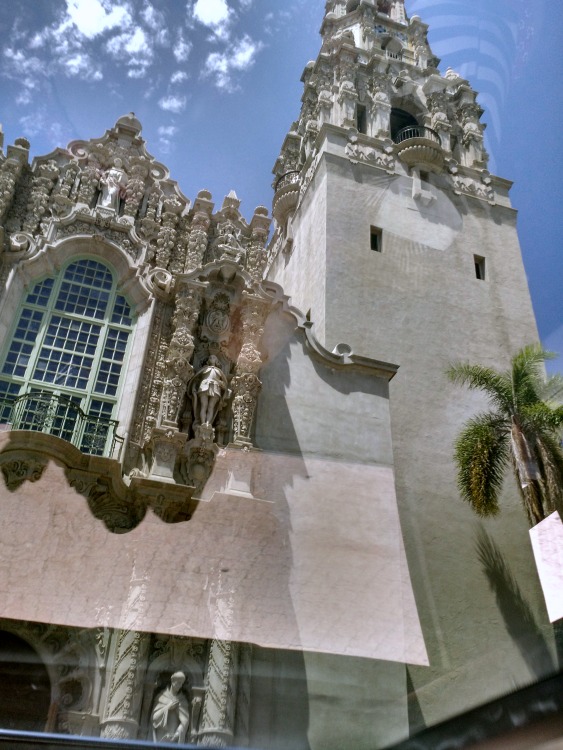 We also took the Kia Sorrento cruising down the mean streets of San Diego as well, The Sorrento SUV handled well, and was no issue on the streets, dealing with the stop and go city traffic, narrow streets, and random Pokémon Go players wandering into traffic. Oh yes, we had a few of those. People, seriously.  BE AWARE of your surroundings and don’t wander into traffic. Our free reign with our Kias was over mid-afternoon, but we got to see a goodly amount of San Diego. There’s so much to do and see, that you could easily spend a week, and still not experience everything.

Thanks again to the awesome folks at Kia.  It was a blast!