You are here: Home / Travel / A Trip on the Grand Canyon Railway train

Special thanks to the Grand Canyon Railway for hosting us. 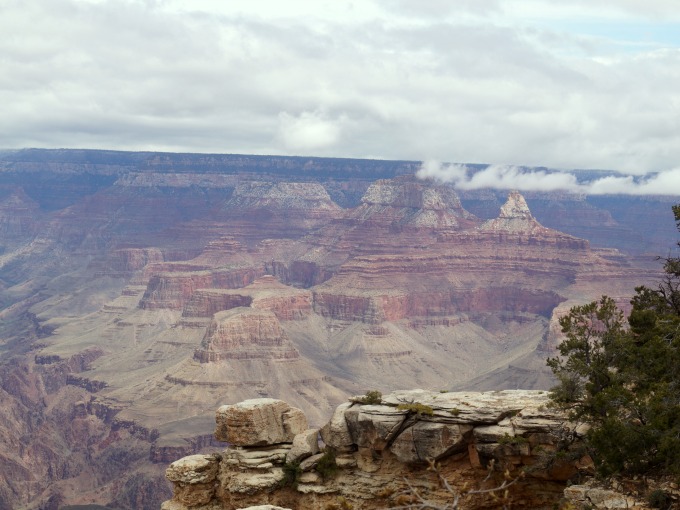 A little history of the train – this was, when it was built in 1901, the main transportation to the Grand Canyon. It remained in service until 1968, when cars had all but killed train travel.  The train was restored and new service began in 1989, and has run 364 days a year ever since.

It was a sort of a spur of the moment decision to take the train, but it was so much fun! We drove to Williams, Arizona to catch the train.  Williams is about 30 miles west of Flagstaff, and the train leaves from the depot in Williams promptly at 9:30 a.m., every day but Christmas.  The depot is prominently marked and easy to find in town.  One of the biggest surprises, though, was the weather!  We woke up to snow on the car.  It is suggested that you dress in layers when visiting the Grand Canyon, as the weather can change quickly.  I heartily agree. 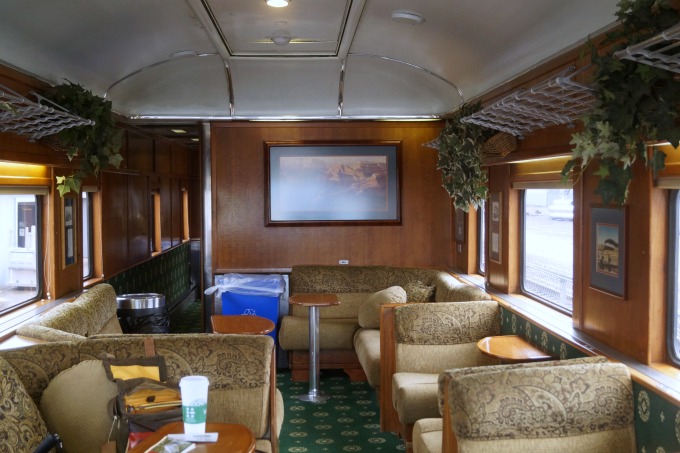 After checking in and getting our boarding passes, it was a very short time to get on the train.  The cars are named, and each car is a different class of travel.  Our car was The Chief, and it was the luxury car.  We were basically the caboose, and had a viewing platform that we could go out on during the trip.  On the way to the Grand Canyon, we had the whole car to ourselves!  We had company on the return trip – more about that later.

On our trip, there were six train cars, and each has its own unique story and feel.  Some were old subway cars, while another was a luxury car with a viewing dome on its second level.  We were encouraged to get up, walk around, and explore the entire train.  They also have several engines, including steam and diesel, and one that runs on the used French fry oil from the town of Williams’ restaurants. 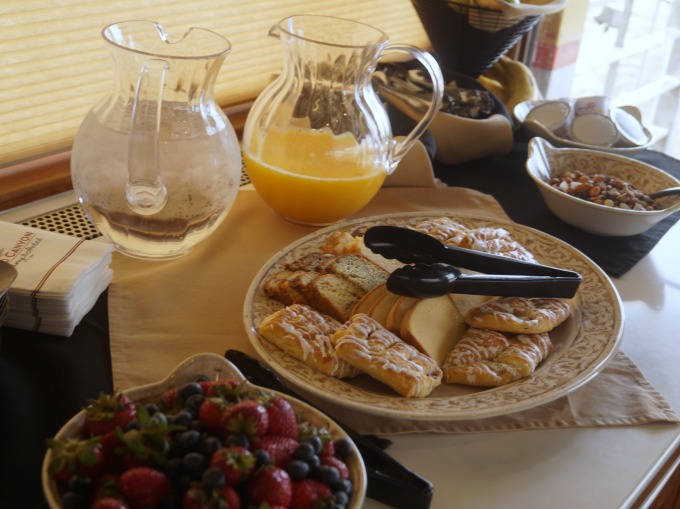 The Chief was luxury, and we enjoyed every bit of it!  Our steward, Mike, was great.  He had prepared a light breakfast and snacks for our 2-hour ride, and told us about the history of the railroad.  Mike was extremely knowledgeable about the Grand Canyon, the area, sightseeing tips, and was able to answer any questions we have had.  He made suggestions for lunch, and what to see once we arrived at the Canyon.  Mike also pointed out the points of interest along the way, and good photo vantage points. There was even entertainment provided – a singing cowboy, as well as a photographer to take pics. 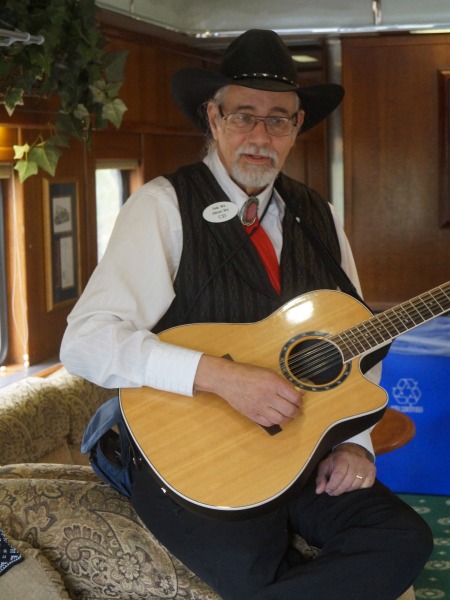 We arrived at the South Rim just before lunch, with beautiful warm sunshiny weather.  There were about three hours to explore before getting back on the train for the ride back to Williams.  When disembarking at the depot at the Grand Canyon, it was pointed out that it was built in 1901 and was a log structure. It’s the only log train depot still operating. 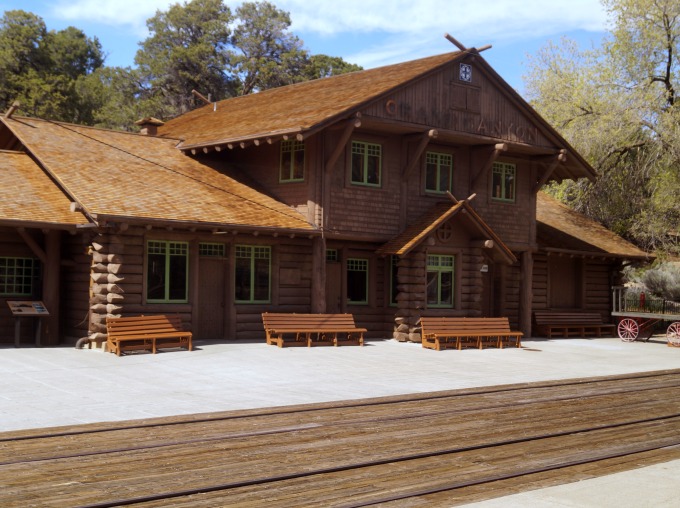 Mike had prepared us with maps, instructions of where to go for sightseeing, where to have lunch.  We had our meeting place set for the return trip.  We had about 3 hours of free time, which was enough to take in the spectacular view, have a great lunch, and do a little souvenir shopping.  Smashed pennies for the win! Before we knew it, it was time to make our way over to the depot, for the return ride home.

We boarded the return train and had two couples in our car; they had both stayed overnight at the Grand Canyon, so they could have a full day of sightseeing there.  If you’re staying at one of the hotels at the South Rim, Grand Canyon Railway will transport your bags to the hotel for you, so you can start your adventure as soon as you arrive! 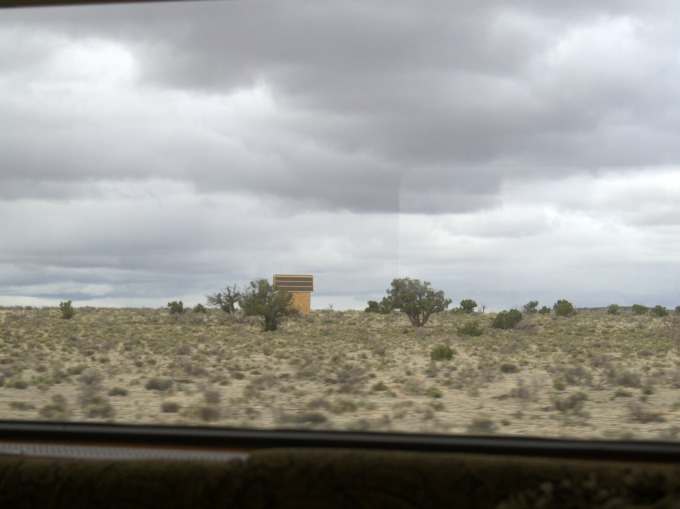 On the return trip, we had a great cheese, cracker, and fruit board setup, as well as ice cold water and lemonade, and sparkling wine.  Everyone was kind of tired and it was low key, but it was nice meeting other people.  We also had entertainment on the return trip. There were train robbers, who rode up on horseback, boarded the train, and came through all of the cars.  All in all, it was really fun.

We returned to the Williams station about 5:45 p.m., and disembarked the train at the depot.  The Grand Canyon Railway has a hotel immediately adjacent to the depot, and many of the passengers stayed there before and after their trip to the Grand Canyon.  We headed back to our hotel in Flagstaff. 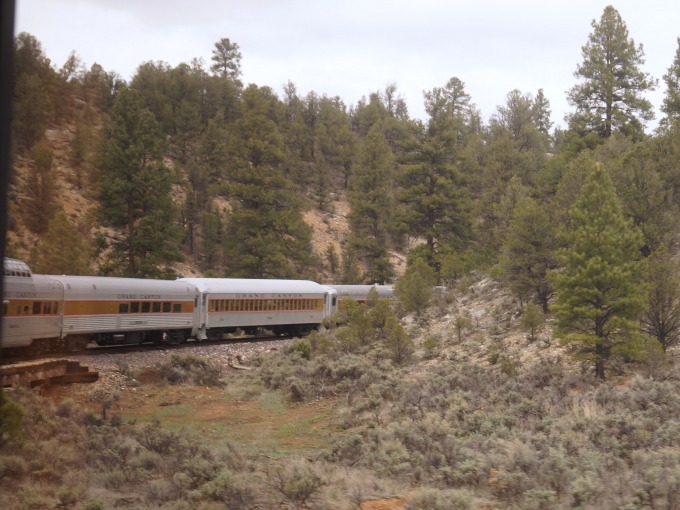 A few tips for a successful Grand Canyon Railway trip 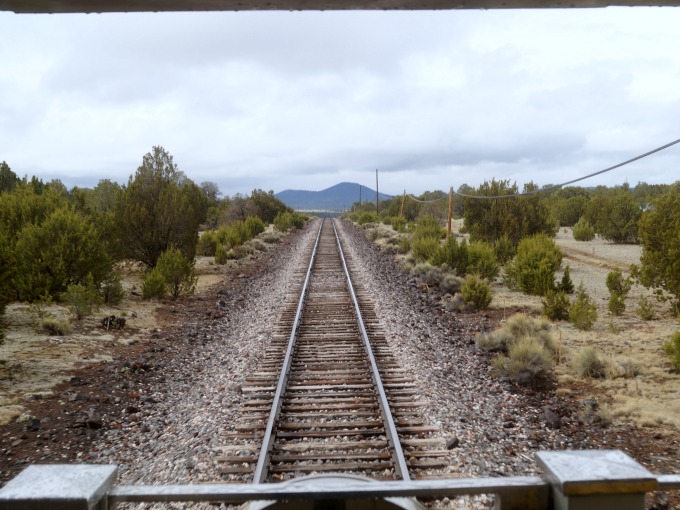 We had such a good time visiting the Grand Canyon on the Grand Canyon Railway. Everyone associated with the Railroad was extremely helpful and went out of their way to make it a pleasant experience.  I honestly can’t wait to return and do this again! 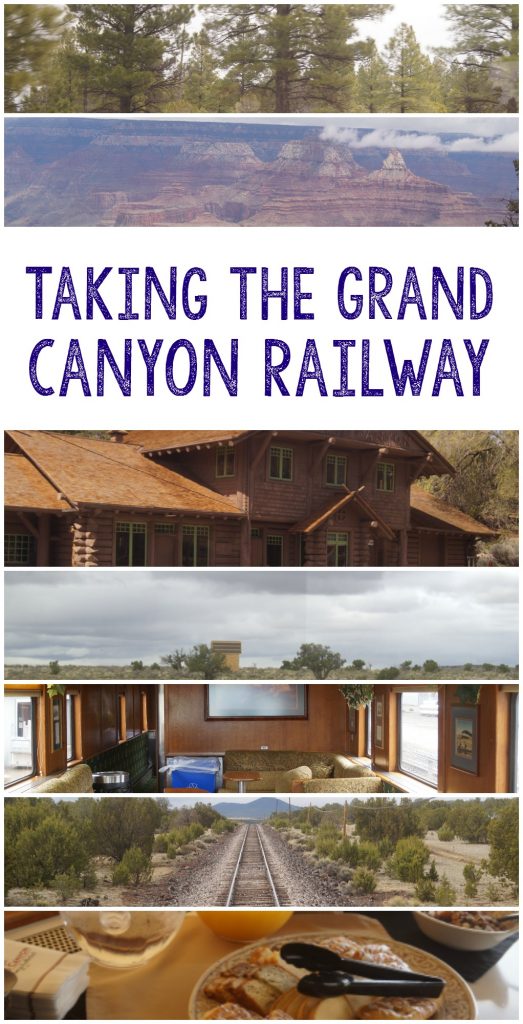