You are here: Home / Food / Recipes / How to Make a Copycat Hard Rock Cafe Rush on the Rocks Cocktail

Rush on the rocks cocktail is one of the best cocktails I’ve ever had, and I almost lost it forever. There are those times, especially when you’re traveling, and you have something that’s so good. And then you go home, and you’re like “where did I have that really great meal?” It’s only after the realization sets in that it was when you were away, and you can’t get that thing at home. Trust me, I’ve been there.  A lot. The Rush on the Rocks cocktail is a great example.

I was having a conversation with a friend about great cocktails, and I was talking about what a bummer it was that I couldn’t get it where I lived. I’d had it at Hard Rock Cafe on a trip I’d recently taken, and there wasn’t a Hard Rock near me. It was such a drag. Then, my friend suggested I just make a copycat recipe. Hmm. A copycat version, eh?  I mean, I’m no slouch when it comes to mixology, but I wasn’t sure if I could pull it off. Lucky for me – and now all of you – I was able to do it! 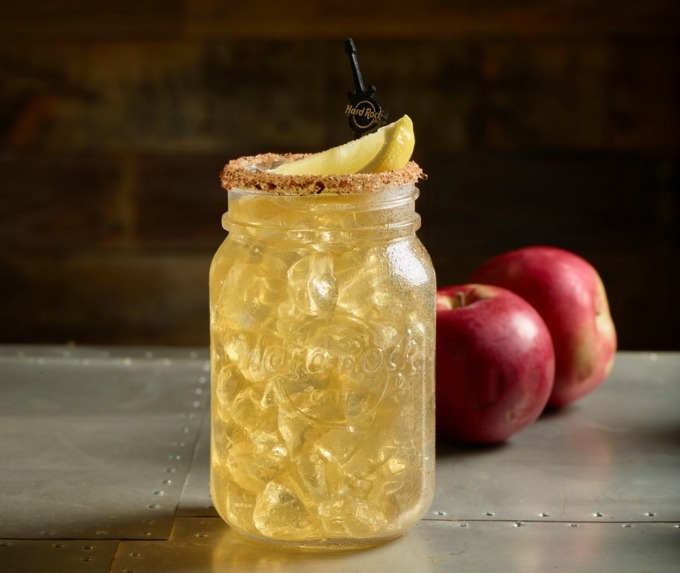 Rush on the Rocks is one of the Hard Rock Cafe’s signature drinks. If you’ve ever been to a Hard Rock Cafe, you know that everything – ERRYTHANG – there is music themed. The cocktails are no exception. This one is named after the eponymous Canadian rock band Rush. I’m guessing it has something to do with the maple flavoring and Canadian whisky.  These are also the same things that make this a great drink for Fall.

Whatever the reason for its name, it’s as iconic as the band, and we’re teaching you how to make one at home.  Yay! This cocktail has a few ingredients, but luckily, none of them are too exotic. You’ll be able to find all of them easily, and then you’ll be on your way to creating this signature cocktail that’s the perfect combination of spicy kick and smooth sweetness.

Doesn’t this sound amazing for all of your fall and winter gatherings? The combination of the apple juice, maple whisky, sweet and sour, spiced brown sugar, and cajun seasoning on the rim combine to create a cocktail that has a little bit of everything we love in a cocktail and a Rush song – the smooth beats, the biting voice, and those super-spicy Niel Piert drum licks. This cocktail is seriously a Rush concert in your mouth. It’s so easy to make, and one of those drinks that everyone will love. Really, who can go wrong with spiced apple and maple flavors? Plus, it’s just plain pretty. The color is great, and that cajun seasoning on the rim combine to make a cocktail that looks as good as it tastes.

If you’re looking for a new cocktail to add to your repertoire or if you’ve had this Rush on the Rocks cocktail before but you can’t or don’t want to head over to a nearby Hard Rock Cafe, give this recipe a try. It tastes just like theirs, and it’s perfect for almost any occasion. Grab your ingredients, crank up the volume on Tom Sawyer, and start mixing.  You’re going to want an encore for this one.

Will you be making Rush on the Rocks part of your Fall and Autumn repertoires? 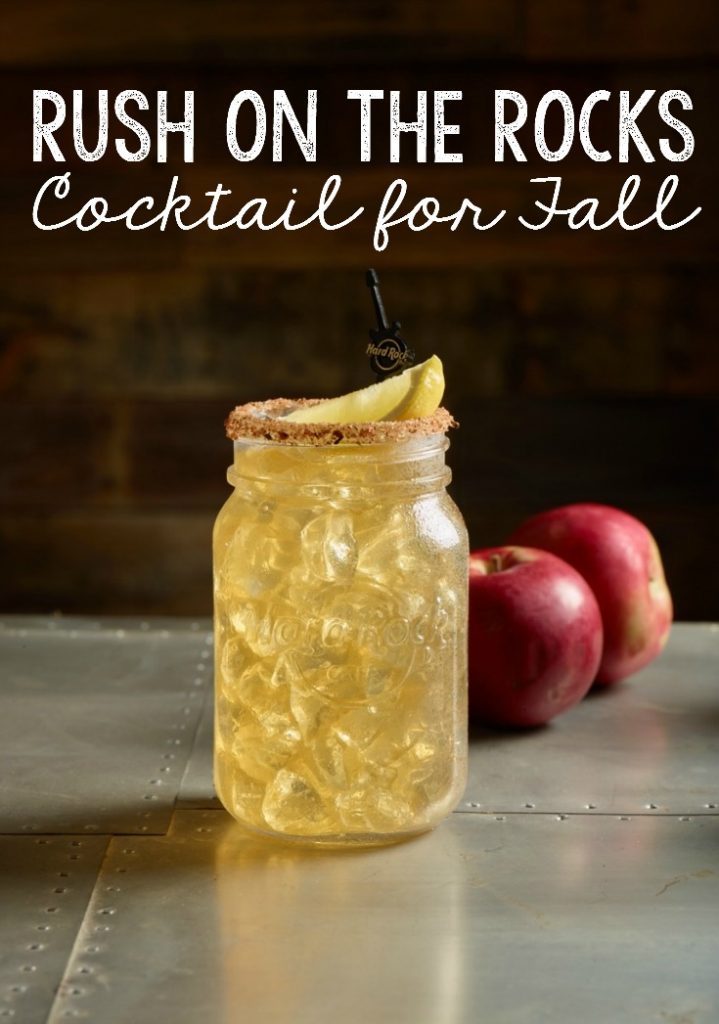