You are here: Home / Travel / A Behind the Scenes Tour of the Xcel Energy Center in St Paul, MN

It’s no secret that I am a huge hockey fan. On a recent trip to Minneapolis and St Paul, MN, I was lucky enough to experience a Minnesota Wild game in person. A couple days later, I returned to the Xcel Energy Center arena for a behind the scenes tour of where the Wild play. 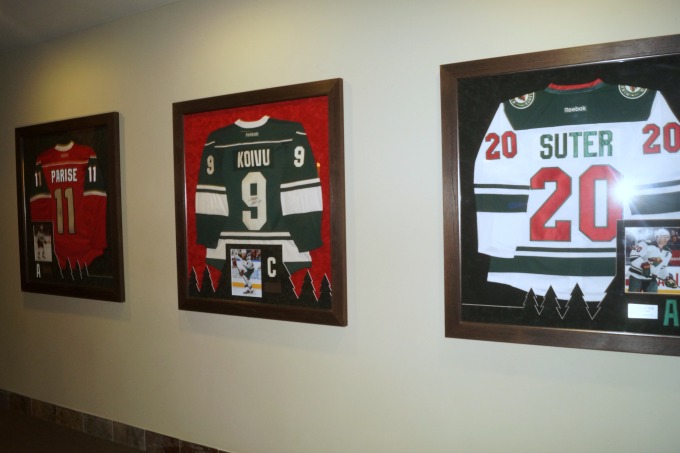 The Xcel Energy Center is located right downtown in St Paul, MN. It’s nearly nondescript, except for the Minnesota Wild banners hanging all around the arena.  As you’re coming upon the arena, you have no sense of how large it really is. 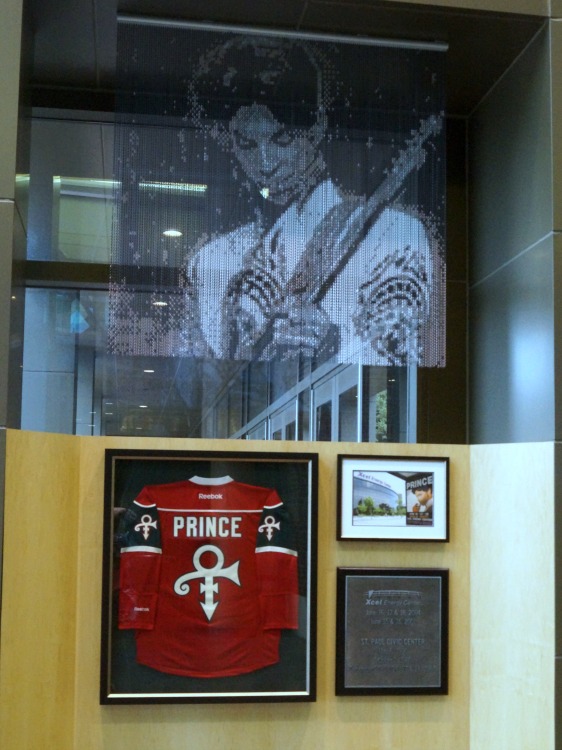 A Tour of the Xcel Energy Center

It’s not until you get through the gates that you start to realize how large the facility is. Even the lobby and ticket area feel like a small theater. One of the first things you encounter when you enter the main ticket area is a Snoopy house and a Prince jersey and portrait.  Immediately, you recognize the strong ties the team has built with the community.  There were also small touches that tied into the nature scene in Minnesota.  Lots of cabin-y feel décor, but not like your grandpa’s cabin.  It was modern and sleek. Even the scoreboard has a paneling look and evergreen trees that light up. 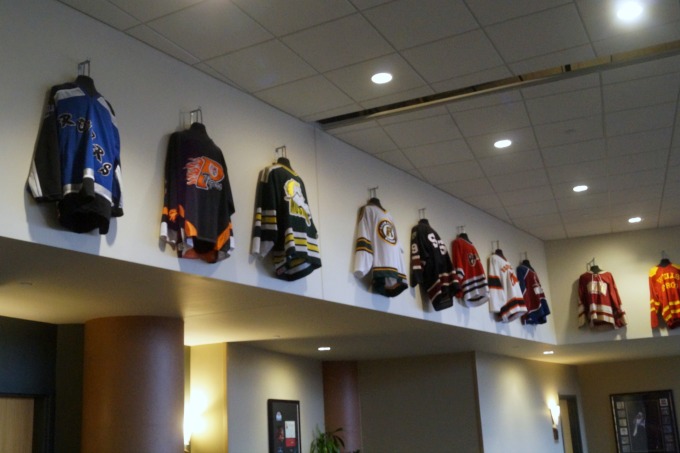 All About Hockey and Minnesota

As you enter the arena, you can’t help but notice all the hockey jerseys lining the arena. Nearly every high school team in Minnesota is represented in the Xcel Center with a jersey proudly displayed. With there being over 200 high school teams alone, that’s a major undertaking.  The Wild have an employee whose sole task is to procure memorabilia and make sure it’s up to date. As the arena tour continued, I could see how this was easily a full time job. 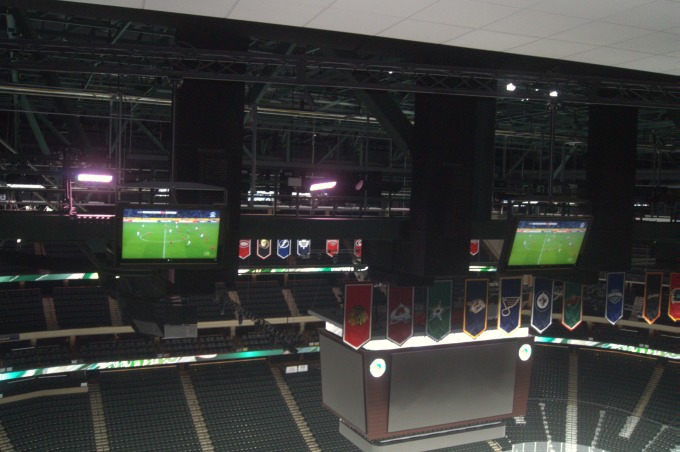 We ventured up to the very top of the arena, and entered the Al Shaver press box. Al Shaver was the original voice on the Minnesota North Stars, beginning in 1967.  He also called Minnesota Golden Gopher games, and the high school tournaments.  It seems only fitting that the team dedicate their press box to the legend. 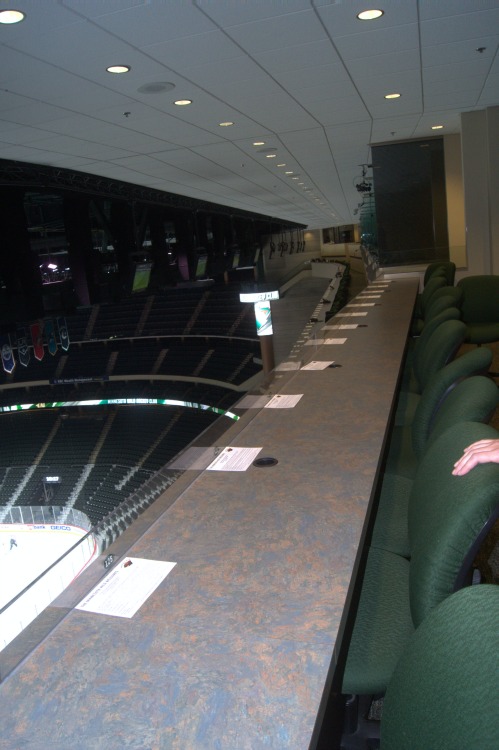 In the press box, you’re literally above the Jumbotron, and in the rafters. There was a tv for each two seats in the press box, and I can imagine you’d appreciate having it while working on your piece. While we were up in the rafters, I learned that the Xcel Energy Center was built with a system that allows the roof to give a little with the weight of the snow. That’s important in areas that are known for their severe winters! 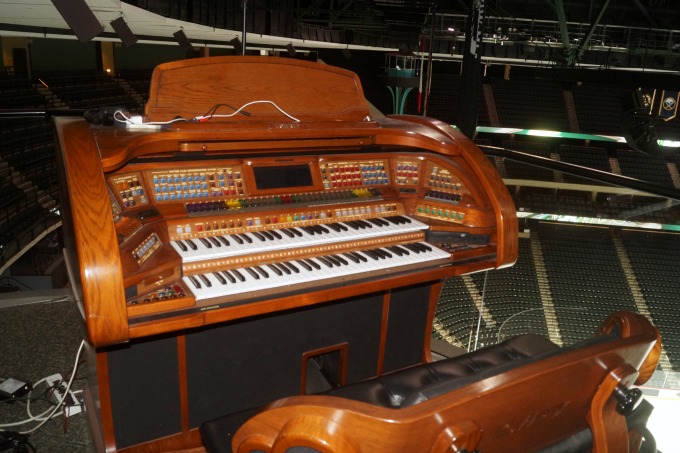 From the press box, we ventured over to the crows nest where the organ is. It just sort of floats over the seats, and if you’re not careful, you can get a little dizzy.  But check out that view of the action!  Totally unobstructed. 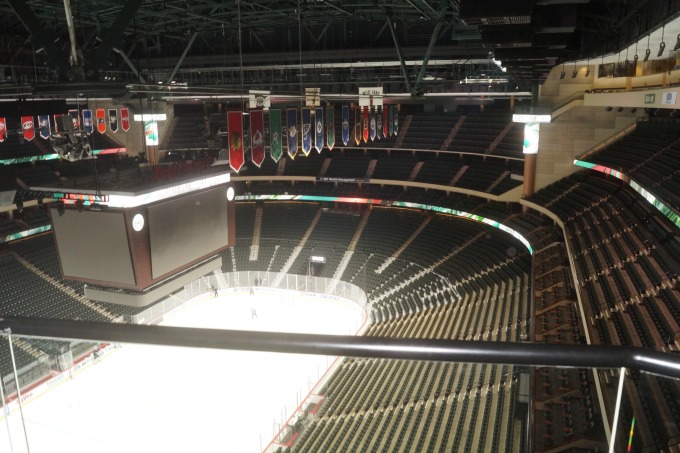 The Minnesota Wild are known for having one of the best in game experiences in professional sports. A big part of that is the design of their arena. One of the things I found really interesting, and I had never really thought about, was that no matter where you’re sitting in the Xcel Energy Center, you’re never walking UP to your seat. You always enter the section above your seat, and walk down, getting closer to the action, rather than hiking up to your seats. Now that’s a Jedi mind trick!

There’s a ton more to see in this video! 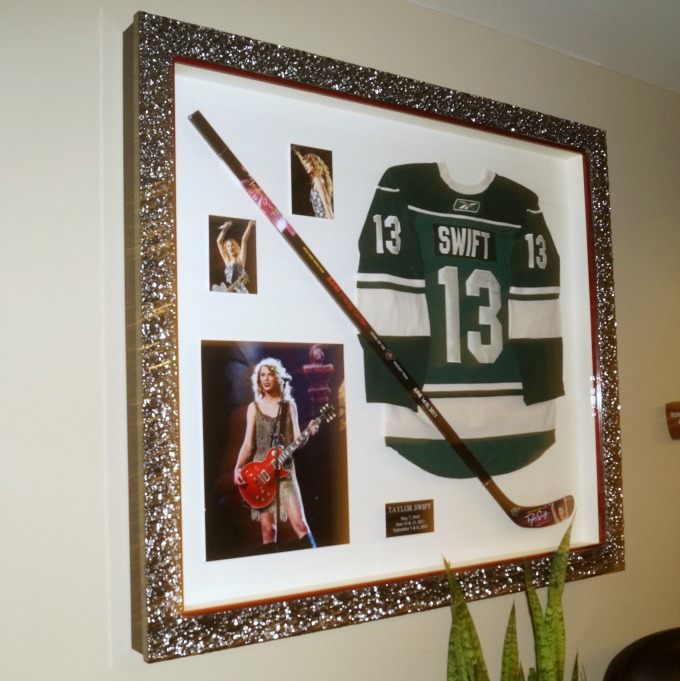 As we continued on, I saw that there was also a ton of music memorabilia scattered throughout the arena. Autographed posters were everywhere, but there were other great memorabilia pieces too.  Signed hockey sticks from performers.  A Taylor Swift hockey jersey. An Eddie Van Halen Guitar. Every performer is also given a puck, and most autograph them for the Celebrity Puck Wall display. 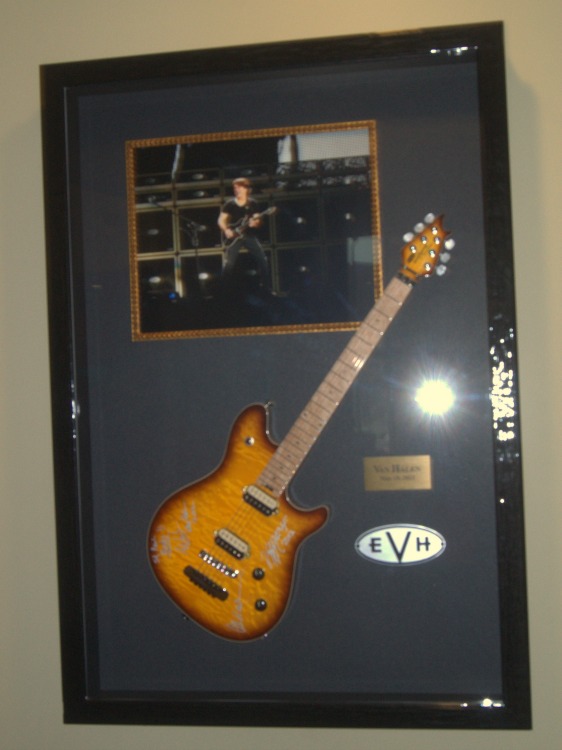 Xcel Center has amazing acoustics, too.  It’s state of the art design creates great sight lines and sound.  After being here, it’s easy to understand why Adele chose St Paul to kick off her world tour, and why so many arenas in North America have selected the Xcel Energy Center to mimic.

The only area I didn’t get to explore was the locker rooms, as it was a game day.  Next time…

If you get the chance to take a tour of an arena, go for it!  You really learn a lot of info, and it’s a great behind the scenes look at how your entertainment gets made.