You are here: Home / Entertainment / Kicking Back with People Magazine 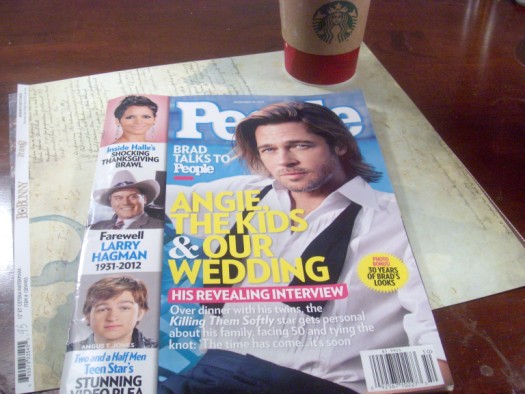 When you kick back and relax, how do you like to do it?  Me?  I like to escape. I also like to be informed.  Therefore, People Magazine is the perfect relaxation escape for me!  I like to either kick back on my bed and read the magazine, or in the warmer months, I’ll go outside and check it out.  Sometimes, I may even read it over a cup of coffee.

One of the things that I like about People Magazine is seeing the celebrity wedding photos.  While I always like to catch up on the latest celebrity news, what I really like is the little tidbits of who was seen where or what they were wearing.

This was a particularly great issue for me, as my one true tween love is on the cover.  Yes, yes.  I have been in love with Brad Pitt since I first saw him in Thelma and Louise.  I mean, you gotta admit – the guy’s pretty easy on the eyes. 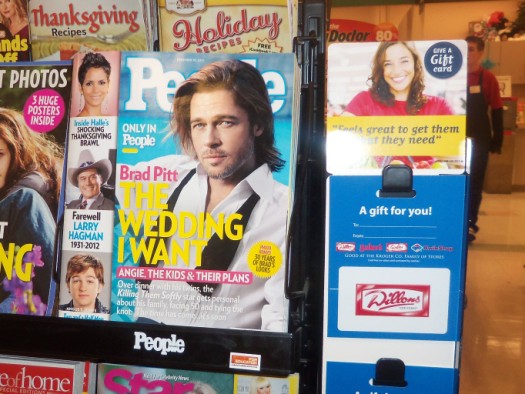 I swear he was beckoning to me from the magazine rack.

I think it really started around the time that Baby Jessica fell in the well.  That was the first national news story that really had an impact on me, and I understood what was happening.  My mom subscribed to People Magazine, and there was a story in there about the event. 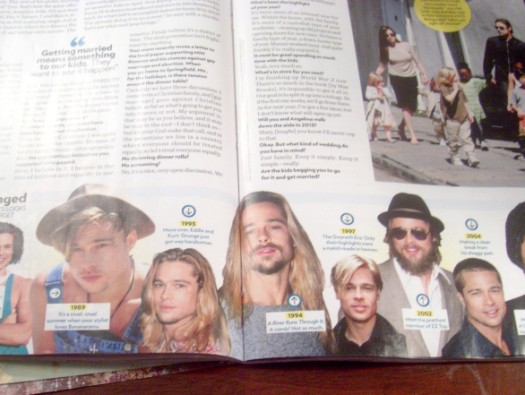 I also love the TV & Movie reviews.  I like to see a wide variety of movies, and in my area, we don’t hear much about some of the more off-beat or independent releases.  And, for some reason, one of my favorite features of People Magazine has always been Passages.  That’s where they list the goings-on of the celebs.  Like births, weddings, divorces, etc that don’t necessarily need a full story. 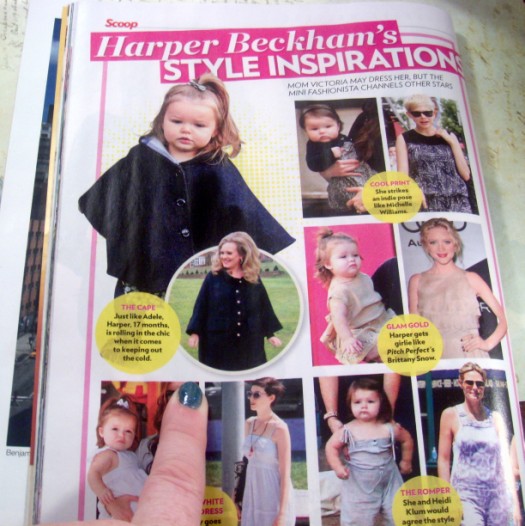 One other thing that I really like is the StyleWatch.  I think that’s what spawned InStyle Magazine!  How cute is this feature about Harper Beckham?  I’m particularly in love with the Harper & Adele cape photos.

You can even catch up with all the goings on on People Magazine's website!  These are just some of the ways I kick back with People Magazine?  How do you do it?

This shop is part of a social shopper marketing insight campaign with Pollinate Media Group™, but all my opinions are my own http://cmp.ly/3/KqtZiE.