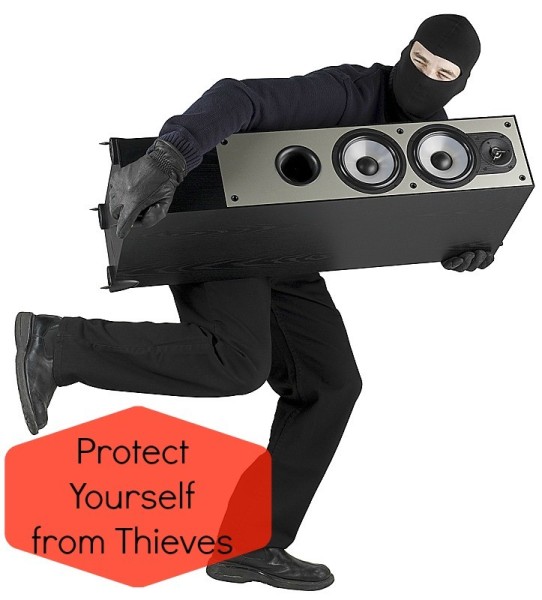 As such, we have a super low crime rate.  Except for theft.  Theft is, like, off the charts.  At first blush, that looks really out of whack, but once you begin to dig deeper, you understand why.  This Mayberry-esque feel leads people to let their guard down.

What does this mean?  It means that people never take preventative measures to protect their property.  There are amazingly easy and simple ways to do this.

There was one particular neighborhood that was having a rash of thefts.  Our county sheriff put up one of those digital roadside signs that said something to the effect of  “Deter thieves.  Lock Your Doors.”  The neighborhood complained so much, that the sheriff had to take the sign down!  Absolutely incredible.  The residents’ reasoning?  The sign scared their kids.  I’m guessing not as much as a burglar would, though.

Lock your doors.  This sounds like a no-brainer, but you’d be amazed.

Don’t leave your keys in your car.  Another no-brainer, right?  I can’t tell you how many people I know that leave a set of keys in their visor or under the seat.

Don’t leave your car running in your driveway.  If you need to warm up your car, get a remote starter.

Check into intruder alarms.  Many times, the alarm is enough to scare off anyone breaking in.

Close your garage doors.  Don’t give thieves an easy point of entry, nor tempt them with your valuables.

By taking a few precautions, you can easily safeguard your home and valuables.

« The Perfect Easter Flowers – A Guide
Getting Organized with ClosetMaid »