You are here: Home / Beauty & Fashion / Fashion / Speidel Watches are an American Made Classic 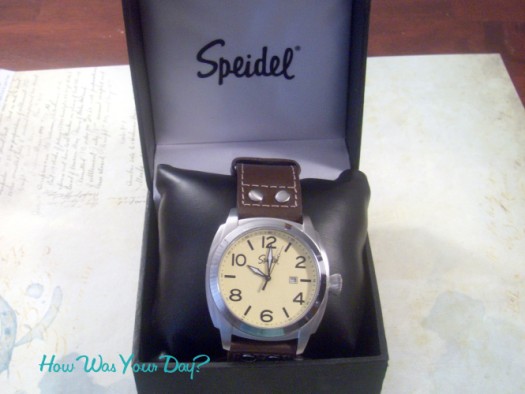 When I was a kid, I watched a lot of TV.  I mean, a LOT of television.  Basically, that was all I did besides go swimming.  My favorite TV shows were the daytime game shows like Press Your Luck and Let’s Make a Deal.  One of the brands that I remember being featured regularly was Speidel Watches.

In fact, my grandmother had a Speidel watch, and I thought that was one of the most amazing things.  I even asked her if she’d been on TV, as she couldn’t have possibly, y’know, purchased the watch herself.

Speidel watches are still a symbol of timeless elegance.  The company has been around since 1904.  It was originally started by Frederick Speidel as a chain manufacturer in the jewelry manufacturing hub that is Providence, Rhode Island.  In the 1920s, they introduced their original line of watchbands, as well as costume jewelry. 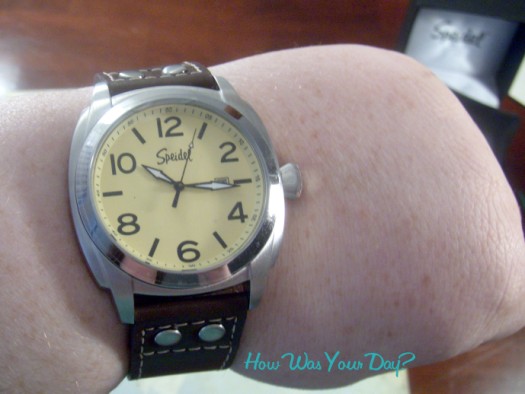 Along the way, they’ve introduced new and innovative designs for watchbands.  In fact, Speidel introduced many of the styles of watchband that we seem to take for granted – like the expansion band and the ratchet clip.

I received one of Speidel‘s fabulous watches called The Pilot.  This is a really fantastic watch that has a modern, yet timeless style.  With an oversized watch head and a thick leather band, this is a statement piece with a big, bold look.  It reminds me very much of another mid-range line of watches that starts with either an F or a G. 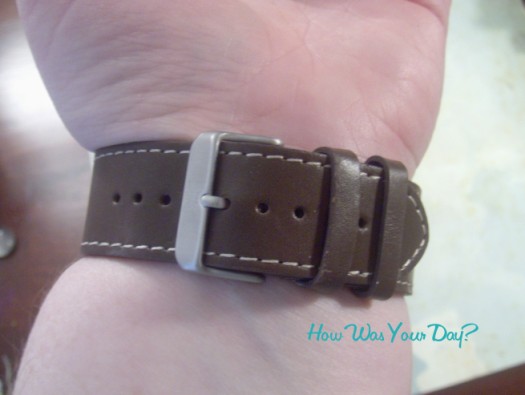 Being an American company that makes their products domestically, one of Speidel’s passions is the US Military.  Through their Change a Band, Change a Life program, Speidel has partnered with Operation Homefront.  Operation Homefront helps provide military families with critically needed support, financial aid, and emergency assistance.  A portion of proceeds from Speidel’s entire line of products will be contributed to this great organization.  In addition, Speidel has donated 5,000 watchbands to Soldier’s Angels.  Soldier’s Angels provides assistance to families of service personnel as well.

Speidel Watches are available at fine retailers, jewelry stores, and some mass merchandisers.  You can connect with them on Facebook and Twitter, too.